“We hear more and more women’s voices about what’s been happening to them (in tech) – and we have more men agreeing it’s a problem. I have felt in the last two or three years that there is a groundswell around this issue. Women are speaking out more publicly, more confidently, and there are more networks of people backing them up. Of course, diversity is an issue that reaches far beyond gender.”

Who or what inspired your career in tech?
Math was always my favorite subject, but I left school when I was 16 and started working. I got married when I was 20, had my first child at 21 and had twins a 23. I got divorced at 25 and was on my own, bringing up three kids and living in the projects. I thought to myself that I needed to earn quite a bit of money to look after three kids, and I wasn’t getting any to support from my ex-husband. I decided that education was probably the best way to earn the higher salary. I did a math course at night school for a year when the kids were little. That gave me university entry. At the time, I just thought I’d get a better job if I do computing than math. My driver was to earn money for the kids. Of course, I did like it. I’ve always thought that technology is the future. 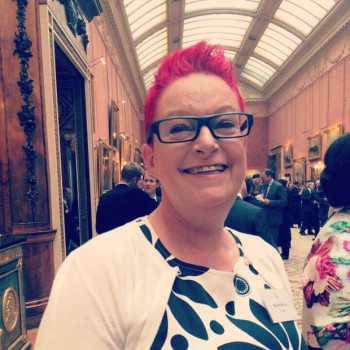 What has been your greatest career challenge?
I suppose just starting my career was the biggest challenge because. Being a single mom with three small kids and studying at university was pretty hard. I had to take the kids to school at 9:00 in the morning, and pick them up at 3:00, and it took me half an hour or an hour to get to university. Basically I could only go to lectures between 10 and 2 in the day. I still had to do the same exams and the same courses like everybody else. Managing to keep all that going while not having very much money was hard.

When I started my PhD, my supervisor told me, “When we go to conferences, you’ve got to go around and talk to people and network with everybody.” I was really shy and I hated that, but I forced myself to do it. Really, there were hardly any women at conferences– maybe about 3% or something. It was quite hard for me as a young, shy woman to go up to men and talk to them about research, or just start a conversation with them. I had several experiences, which weren’t very much fun, where either I got completely ignored by guys or they would think that I was trying to chat them up. That– and hardly ever having any women to really talk to at conferences—was difficult.

What is your biggest career success?
Raising awareness and funding for Bletchley Park, the British World War II center for decrypting enemy messages. I was up at Bletchley Park in 2003 for a “women in tech” meeting, and I saw some guys tinkering away in a corner with this massive feat of engineering, which was actually the code-breaking machine Christopher. It was destroyed at the end of the war, and they were rebuilding it so that people coming to Bletchley Park could actually see what one looked like, and see it working. They asked me why I was there, and I told them I was representing a group of women in computing. The guy I was speaking to asked, “Did you know that more than half the people that worked here during World War II were women?” There were more than 10,000 people working here, and 5,000 were women, and young women at that- mainly 18-25 years old. I was really surprised, and I thought, I’ve got to do something to raise awareness. I raised some money to run an oral history project, which was launched in 2008.

Then I found out from the director that the Park was struggling financially and might have to close. I was head of the computer science department at the University of Westminister at the time. That meant I was on an email list for all the department heads and professors of computing in the UK. Some one else had set up an online petition on the Prime Minister’s website asking the government to save Bletchley Park. I told all the heads and professors “Please sign the petition, and please we need to save Bletchley Park.” I sent that round, and very quickly quite a few people signed it– people who had written the textbooks that I studied when I was a computing student. I thought, “Okay, so it’s not just me. These people I really look up to are thinking the same thing.” That gave me the confidence to keep going. 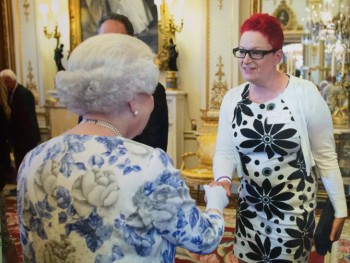 Top advice for women in tech?
First, think about what you want and go for it. Find other people to be your support group, your mentors. Find the people who are going to help you get where you want to go. Second, trust your instincts. Now it’s different because I’m 52, but when you’re 20 or 30, it’s quite hard to trust your instincts when people who are older and you think wiser are telling you that what you’re saying is not right. I think fundamentally we all know at a gut level what we should be doing. We just have to tune into that and believe it. Don’t let other people override the way you think about things.

Who has been a role model for you?
Meeting Aliza Sherman. She founded Webgrrls and Cybergrrl in the U.S. I met her at a women in science conference in Brussels in ’98. She taught me all about setting up online groups for women. I thought, “Actually, why don’t I do that in the UK?” I set up an online group for women here, which was the first one. It’s called BCS (British Computer Science) Women. I set it up to be like your best friend that you can ask any questions about tech, and it’s still going strong. We’re about 1,300 women.

Flats, heels or kicks?
Boots, with a wedge