Our Mission: Geek Girl Rising is on a mission to elevate the voices of women in the technology world, including entrepreneurs, investors, business leaders and technologists. We provide advice, inspiration and connection among the community of ambitious entrepreneurial women who are shaking up the “boys club” inside Silicon Valley and beyond.

About Us: We are veteran journalists — and moms of young “geek girls.”  We have spent the last four years interviewing dozens of women in technology to figure out why it’s so hard to recruit women into the tech industry– and why so many drop out mid-career. What we uncovered is a powerful new wave of female technologists and entrepreneurs who haven’t been waiting on Silicon Valley to embrace them to follow their dreams. They are launching their own companies, writing code, investing in startups, and inspiring and educating the next generation of women in tech. These “geek girls rising” are making their mark on the tech world and forging new paths to success on their own terms. 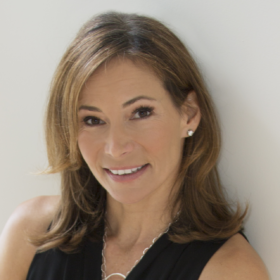 Samantha Walravens is an award-winning journalist and editor of the New York Times-acclaimed book, TORN: True Stories of Kids, Career & the Conflict of Modern Motherhood. She writes about women, career and work-life issues for publications including Forbes, The Huffington Post, Disney Interactive and Modern Mom and speaks to audiences nationwide on the topic of work-life success, including groups at Google, Goldman Sachs, Deloitte, UBS, Northern Trust, the Society of Women Engineers and Princeton University. She has been a guest on the Today Show, Good Morning American and NPR. Samantha started her career as a technology reporter for PC World magazine in San Francisco, led marketing communications at Tumbleweed Software, and is currently uncovering the stories of women changing the face of technology for Geek Girl Rising. She is a member of Pipeline Angels, an angel network that invests in female-led companies, and serves on the Alumni Schools Committee for her alma mater, Princeton University. 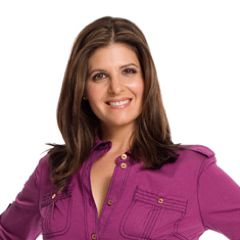 Heather Cabot is an angel investor, writer and adjunct professor at Columbia University Graduate School of Journalism. She is a managing director of Golden Seeds angel investing network, a Pipeline Fellowship alumna, and an investor/advisor to numerous women-led ventures including Project Gravitas, Cisse Trading Co, DayOne Response, and the Harlem App Collective.  She is also a member of The Li.st, a network that supports and advocates for women in technology. Cabot is a former ABC News anchor/correspondent and served as Yahoo! Web Life Editor from 2007-12 in which she reported on digital trends for TODAY, CNN, MSNBC, Fox News and syndicated daytime talk shows. She’s written for The Huffington Post, Psychology Today, Parents, The SHE network, Women 2.0, USA Today and Yahoo!.  Cabot first got interested in this topic as a researcher on the 1995 PBS documentary “Minerva’s Machine: Women and Computing,” which profiled female pioneers, including US Navy Rear Admiral Grace Hopper, who programmed some of the very first computers, helped develop the high-level programming language COBOL and popularized the term “debugging” for fixing computer glitches .