“As a teenager, I spent a significant amount of time in an abusive relationship. My advice would be, ‘Stay away!’ Identifying and saying no to unacceptable behaviors is an extremely important skill and one I wish that I had developed earlier.”

Who or what inspired your career in tech?
My sixth grade math teacher, who first introduced me to computer programming. My high school’s wonderful computer science teachers who taught me that there was even more to life than programming – there was awesome math too! And the many mentors and peers I met at Carnegie Mellon and during internships who shaped my ambition. 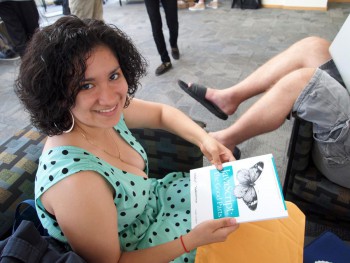 What’s been your best hack ever?
Sleep. Sleep makes you smarter, happier and healthier. Sleep is a great debugging tool. Working hard is important, but sacrificing sleep is local optimization at best, and is often not worth it.

What is your biggest career success to date?
My greatest career success has been my work in open data. Although ultimately my vision for open data was never realized, it opened many doors for me and I was able to help inspire many others to turn their ideas into reality.

Who are your role models?
Carnegie Mellon computer science professor Lenore Blum, Yes We Code’s Jennifer Argüello and Pinterest’s Tracy Chou. These women have all made their own way in computing and have also been mentors to me to help me do the same.

If you could go back in time, what’s one tip you’d give your teenage self?
As a teenager, I spent a significant amount of time in an abusive relationship. My advice would be, “Stay away!” Identifying and saying no to unacceptable behaviors is an extremely important skill, and one I wish that I had developed earlier. 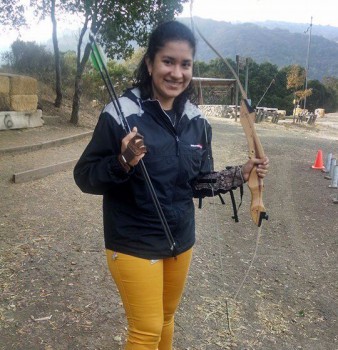 What do you do when you’re not kicking butt at work?
I’m out promoting diversity in tech. For example, this summer I’m helping CODE2040 organize a hackathon, and I’m speaking at Girls Who Code!

Flats, heels or kicks?
Heels (with more walkable shoes in your bag)

Who are the women in tech that you most admire and why?
In addition to my mentors above, Marissa Mayer. Her accomplishments speak for themselves, and she’s really influenced data-driven product development. It was totally amazing that she announced being pregnant right after announcing she was becoming CEO of Yahoo.