“If I could go back in time… I would tell my teenage self to learn more about technology so I had a greater foundation from earlier in life.”

Years in Industry: 20 in tech entrepreneurship, 2 in venture capital, and 1 year as CMO, Google Cloud

Who or what inspired your career in tech?
While I was working at Morgan Stanley in Hong Kong in 1994, my work life completely changed once we had email. Suddenly, I was able to work during my day in Hong Kong and then email files to my colleagues in NYC, who worked while I was socializing and sleeping, and then come back to work the next morning with lots of progress.  I started digging into the technology behind email (which was novel at the time!) and when I attended Harvard Business School the following year, I sought out a summer job in technology.  I had the opportunity to work as a product manager at Microsoft for the summer, working in the Microsoft Network group on the launch of MSN.  It opened my eyes to software development, and I have enjoyed tech-related roles ever since.

What’s been your best hack ever?
I wish I had a “best hack.” I feel like my life is a series of hacks, such as using our babysitter and my executive assistant more effectively, joint calendaring with my husband, and urging our kids to be more resourceful.

What has been your greatest career challenge and how have you handled it?
My greatest challenge has been working through my conflicting priorities, particularly while in my role as Executive Director of Harvard Business School’s California Research Center.  When I took the role at HBS, I had a 4-month old at home. I went on to have two more children over the following 5 years.  I loved the flexibility and intellectual aspects of my role, but I missed the adrenaline of being in an operating role.  Whenever I would hear about all the cool things my friends were doing at startups, I would question my decision to stay at HBS, rather than pursue a more entrepreneurial path. During those 10 years at HBS, I found my adrenaline elsewhere – by helping to lay the groundwork for the Harvard i-lab, by expanding my life outside of work and family by playing competitive tennis and joining a few non-profit boards. 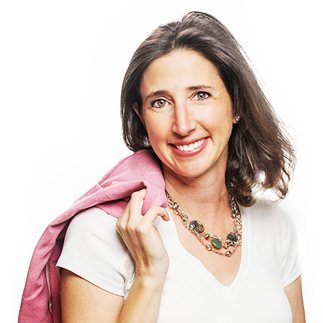 What is your biggest career success to date?
My most well-known career success is the founding of Quicken Loans at Intuit back in 1996-1999. I wrote the original business plan and helped launch the business, and I ultimately helped guide the acquisition of Rock Loans, which became the foundation of what Quicken Loans is today.

I am also proud of how I have been able to successfully transition through multiple roles, leading to my current position at Emergence Capital.  I am proud of the impact I am having at Emergence and with our portfolio companies. I wouldn’t be able to be as effective now without all of the other steps I’ve taken in my career.

Who are your role models?
Sheryl Sandberg is a role model, as I’ve been impressed with her ability to engage deeply on so many different dimensions.   Her late husband, Dave Goldberg, is also a role model. It’s amazing to read about all of the people he has touched in such a profound way.  I like to think that I’m helpful to people at all career stages (particularly women), and I take to heart the advice from his close friends and colleagues, who have said, “Be like Dave.”

If you could go back in time, what’s one tip you’d give your teenage self?
I feel like my teenage years were a blur!  I would tell my teenage self to learn more about technology so I had a greater foundation from earlier in life.

What do you do when you’re not kicking butt at work?
I play competitive tennis (USTA leagues), meet my friends for walking and talking, and spend LOTS of time of the sidelines of my kids’ soccer and baseball games.

Flats, heels or kicks?
Heels (but not too high…)

Who are the women in tech that you most admire and why?
In addition to Sheryl Sandberg, who I noted above as a role model, I also admire Julie Bornstein, the COO at Stitchfix.  Julie has been at the forefront of the convergence of technology and retail.  While at Sephora, she reimagined the consumer experience that involved mobile and web technology.  I’m sure she will make a huge impact now that she is at Stitchfix. I admire her ability to give all to her work, while also being a great mom, wife and friend.