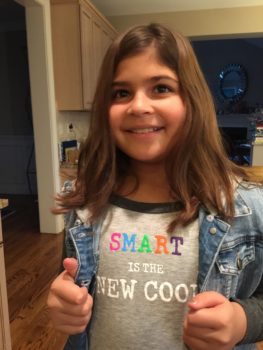 Our children and their insatiable appetite for all things tech sparked some of the initial ideas for Geek Girl Rising. Heather has tween twins: a boy and girl.  Sam has four children: two teenaged boys, a teen girl and another daughter in elementary school.

Over the years we worked on this project together, we lamented the lack of computer science education in our suburban school districts on opposite coasts and the dearth of after school classes and camps that offered programming.  So much has changed in five years — but there is much still work to be done to reach ALL children and to expose them to the tech skills they’ll need for 21st century careers. 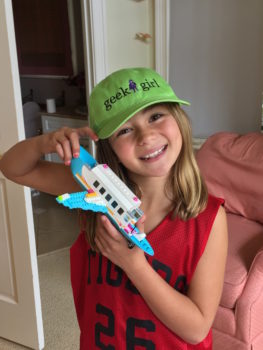 The search for new role models to inspire our girls and boys to think of themselves as the builders and inventors of the future drove us early on in our reporting process. We learned about the efforts inside public schools, by inventors and entrepreneurs and by non-profit organizations to smash stereotypes about coding and engineering and to ignite kids’ and especially, girls’ imaginations around their potential to be creators and problem solvers.
This is one of the reasons we spent years following the trajectory of Debbie Sterling’s company, GoldieBlox, and why she figures so prominently in the book.

So it is a true privilege to be able to continue the conversation and to share the knowledge we gleaned from leaders who are on the front lines advocating for gender equality in tech — but also those fighting to close the digital divide in underserved communities. We are thrilled to take part in the WOW Festival THIS Sunday, May 7th.  The Women of the World Festival is a FREE event at the historic Apollo Theater in Harlem celebrating female thought leaders, creators and performers.  We’re proud to lead the discussion called Digital Dames: The Future of Women and Girls in Tech.

Speakers include tech education advocate and Geek Girl Aruna Prasad; Sonya Magett, founder of Code and Content Academy, a non-profit that provides free training in computer science to youth in undeserved communities; Alex Tosti, co-founder of the e-textiles crafting company, Blink Blink; and Opeyemi Olukemi, senior director, Interactive at the Tribeca Film Institute.  Please join us at 6PM for a conversation and Q&A. 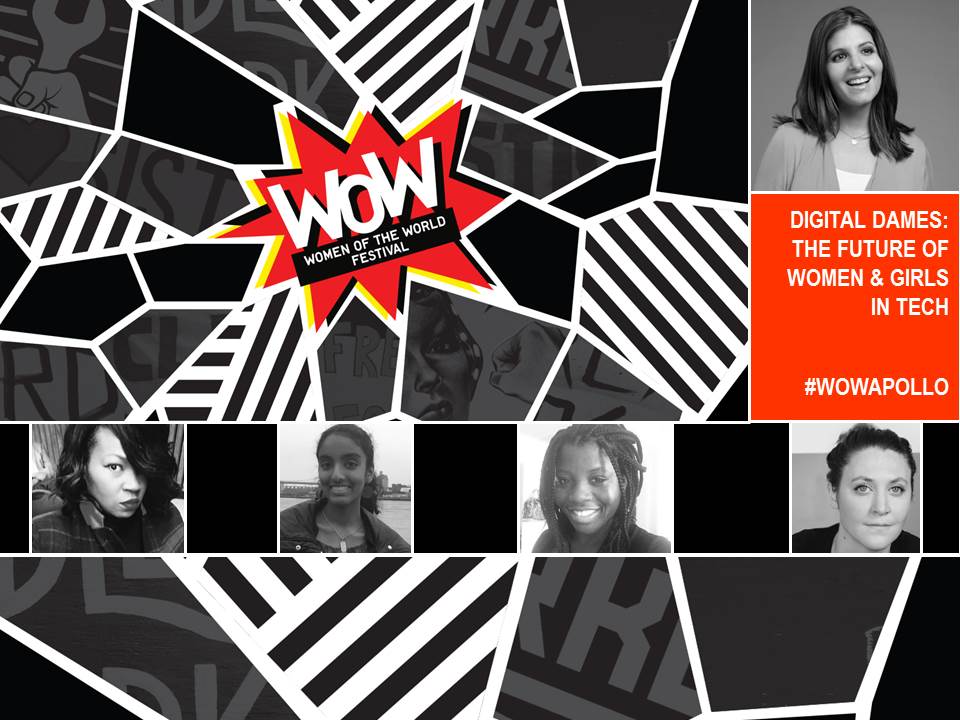