For Caryn Seidman Becker, CEO of CLEAR, the biometric technology company that strives to make security seamless in an age of extreme caution, hard work and constantly asking hard questions is how she succeeded in some of the most male-dominated professions: finance, aviation and technology.

“Life is a puzzle. It is a maze and you have to want to be persistent…and have absolute passion for what you are doing,”  the New York City based executive told Geek Girl Rising’s Heather Cabot when we sat down with her in her office.

“[A] ‘no’ isn’t a ‘no.’ It is an opportunity to learn and grow,” the mother of three said.  We met in late January, the day before CLEAR’s kiosks would go on-line at LaGuardia Airport, bringing the total availability of its service to 21 airports and nearly 1 million subscribers.  In her professional life, she has often gravitated to a road less traveled for women. She co-founded the billion dollar asset management fund Arience Capital, which invested in Apple and Priceline as turnarounds.  The work fed her constant desire to find a “diamond in the rough. ” When she bought CLEAR out of bankruptcy in 2010, it was similar challenge.

“[I’m] always trying to think ahead [about] where the road is going in five to ten years and that means you are not playing for what’s now but for what will be,” she told us.

More in our sit-down interview!

Silicon Valley collides with Tinseltown in the story of Maureen Fan, the trailblazing CEO of one of the few virtual reality animation studios. This is a woman who loves storytelling as much as she loves technology and spent her twenties trying to find a way to finally combine it all while pursuing her dream job: making animated films.  After a successful run at Zynga, Fan launched Baobab Studios in July 2015.

She is truly a Geek Girl Rising who defies labels as both a “techie” and a “creative.”  We got the inside scoop on how she launched on the eve of the premiere of “Asteroids!,” her latest VR project at the 2017 Sundance Film Festival.  Thanks Maureen for sharing your story with us.  More on Forbes… 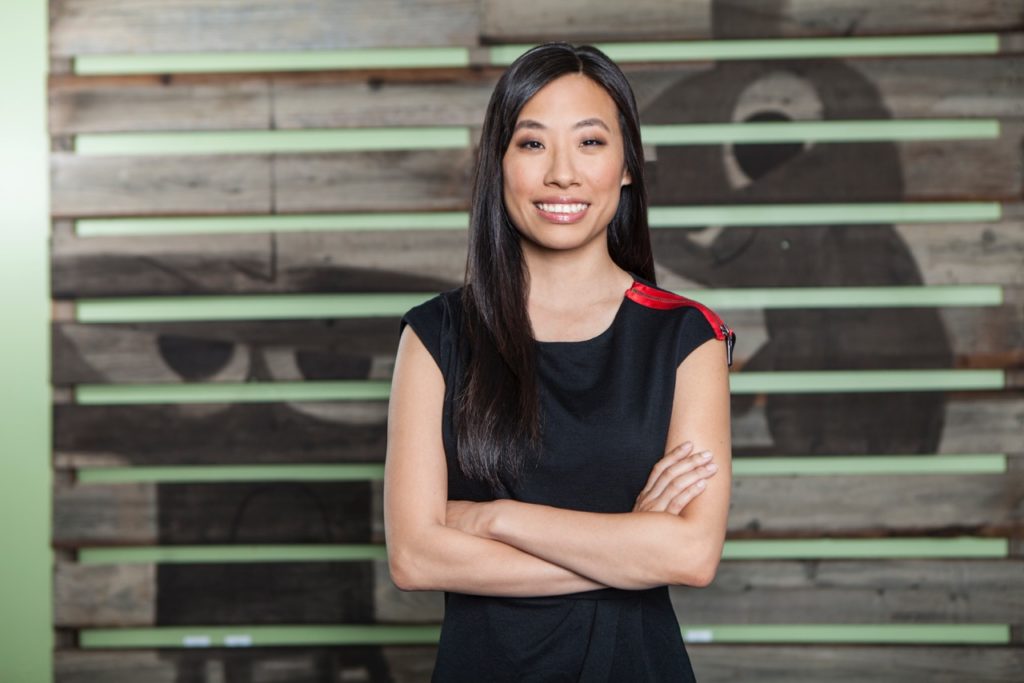 “We’ve received many hundreds of submissions from female entrepreneurs whose product ideas are often brilliant and disruptive, and a few that could even be the ‘next big thing.’ We’re just scratching the surface of  the pent-up talent, as you see from the caliber of today’s winners,” said Allyson Kapin, founder of Women Who Tech, the organization that runs the Challenge.

Didimo of Clayton, California took home the grand prize.  It’s a tool that transforms the image from a single photo into a 3D virtual character that can speak, move and represent a user in a 3D world. Runners up were Spirit AI and Addicaid, both located in New York.  Each will receive $10,000 in legal services from Paul Hastings LLP.  Kudos!

What does it really take to turn an idea into an actual business? At the 2016 Tech Inclusion Conference in San Francisco, Geek Girl Rising Co-Author, Samantha Walravens gathered some essential insights from Silicon Valley CEO’s (and Geek Girls we interviewed for the book!). They shared candid advice about what it’s really like to raise money in the early stages, find the right investors and connect with a network of supporters.

Female founders and other under-represented entrepreneurs are banking on a new vehicle to raise money from U.S. investors. It’s called crowd investing and it allows just about anyone to make an investment in a startup without having to meet the wealth and income requirements set by the SEC for traditional private investors.  How can it help early stage ventures started by women, people of color and of the LGBTQ community? Check out our story about one of the first crowd investing platforms, Republic and RaceYa, one of the first companies that successfully exceeded its fundraising goals via crowd investing in the fall of 2016.  RaceYa raised $88,000 from 173 investors to help build its customizable radio-controlled race cars that teach kids about science, technology, engineering and math.  Way to go!